Every Monday I do a post on motivation and mindset changes to hopefully inspire someone else having a hard time to continue and fight on. Another great way to do this, is to head over and grab an Audible Free Trial and grab a free audio book, we’ve listed our top 10 here!

Not a big Reading person? Listen to the Podcast

It’s no secret that Apple has made it’s “dent in the universe” and love or hate the company it has been an outlier in doing things differently to gain it’s massive success, mostly ignoring its customers, in this way it’s closest mentor would be Disney.

A lot of the following I learned during the Steve Jobs era of Apple, so if it doesn’t apply today then I apologize but the rules still stand and they are outlooks that I apply to my life that help with my core decisions and my progress anxiety.

I’d love to get some feedback from you in the comments on your favourite mindset and progress tips.

You are your greatest competition

This is possibly my favorite Apple lesson that I’ve tried as hard as possible to apply to my own life over the years. A huge part of Apple’s success has been the fact that they changed their internal teams thinking so that they are their only competition.

Simon Sinek once spoke about how after the Zune was released by Microsoft he was sitting in a car with a top Apple exec and he ranted about how much better the Zune was than the iPod, unfazed the Apple exec simply responded “I have no doubt.” Simon went on to explain that he was not concerned because although Microsoft was ahead right now, they were trying to compete with Apple, so if they had a really bad launch, they would simply give up…which is exactly what happened.

Applying this in personal terms, if your motivation to do something is because you want to be like or better than someone else, you will likely fail simply because when you don’t reach their level in your allotted mental time, you will give up. However, if you set a goal for your own life of where you want to be, then every day just try and be a small bit better than you were yesterday, you can only progress, you can’t fail

A note I’ll put on this, you can still look at people for inspiration and ideas, tips and tricks, but don’t try beat them on their own path. You are your greatest competition.

We all want that six-pack today, or that Ferrari tomorrow, or that million dollar idea we had to come true by Friday. This isn’t realistic but we all love instant gratification. This kind of follows on from the last point but essentially stop trying to take giant leaps with your life, just try chip off 1-3 things a day and keep going.

If you want a six pack, then if you create a habit of eating a little better each day, start with 10 minutes exercise and then slowly iterate on this progress adding more, you will start a health habit which will last you a lifetime, not just after Christmas.

If you try to do a Navy Seal style workout on your first day, you’ll likely hurt yourself, but you’ll definitely be so tired that you will give up before day two.

This is an area where Apple are (maybe were, not sure) absolutely incredible, they always down play everything until the moment is right, they wow the world with their actions and they don’t talk themselves up without backing it up.

Other companies will tease their product for months and try hype up everything as much as possible. Apple will release very little and then come out with something that honestly most of the time, isn’t that amazing, but because they’ve said nothing, you’ve got no expectations. When they’re are no expectations, you can always beat those expecations.

Applying this in your own life means, when you want to for example get in shape, don’t tell anyone or so anything, just get into it. Start at your own pace, keep it to yourself. Then in 6 months when you’ve lost weight and grown muscle, all of your friends will be amazed. However if you say you’re going to get in shape in the next 6 months, now the pressure is on for you to fail.

This works with clients in business too, always give the client a longer turnaround time and a higher cost than you expect, this gives you room and if you hit your personal targets then they will be delighted!

Find your own path

We’re all guilty of it, I’ll put my hands up too, we all look up to someone and want to follow their path without wondering will this work for us. I’ve tried doing the Gary Vee hustle but realised that just doesn’t work for me.

What I mean by this is, you can have role models for what you want to achieve in life but don’t try to follow the exact path. Stop trying to look for that one reason that somebody else gained their success because there is no one reason. These people will tell you there is one or two things that created their success, but I guarantee you, even they don’t know. There are thousands of variables each day that build up to your success.

Nobody knows what the next big thing will be, nobody. As Henry Ford is misquoted in saying all of the time “If I asked my customers what they wanted, they would have said a faster horse”

Use the outside world as nothing more than a sounding board, not a guide.

Happy Monday everyone, get after it.

Monday Motivation: Three Simple Steps to Less Stress & More Success
Entrepreneurs: broke 90% of the time
How having a website can help you during lockdown no matter the business
5 Best Videos to Watch before you start work today

Top 10 Reads (or Listens) for budding entrepreneurs for answers

Start a YouTube Channel on a seriously tight budget 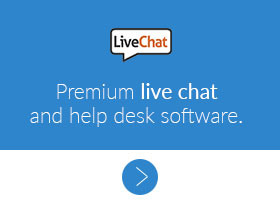 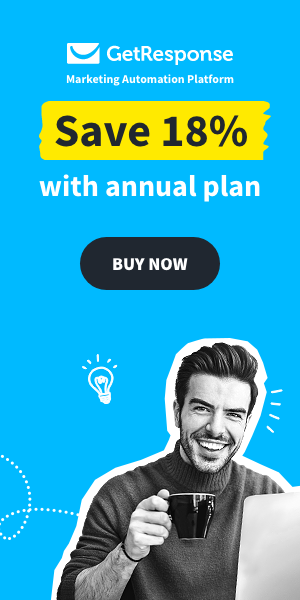